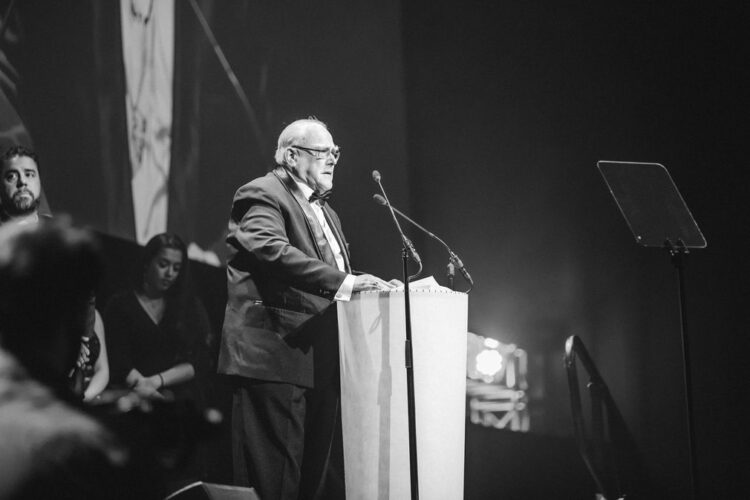 Renowned master carver Clive Fugill has spent the past 55 years taking chisel to wood, breathing life into the stories of his ancestors through his carving.

From documenting tribal history and carving wharenui to teaching new generations of carvers, the longest-standing New Zealand Māori Arts and Crafts Institute (NZMACI) kaiako has dedicated his life to the art of whakairo (carving).

It is this passion, mātauranga and traditional artistry that saw Fugill honoured at the inaugural Ngā Tohu Toi awards in Tauranga Moana last night.

He was one of 12 artists who received the award for their contribution transforming the visual experience of Māori stories and practices. 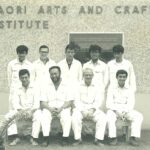 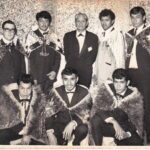 Fugill (Ngāti Ranginui, Ngāi Te Rangi, Tainui, Te Arawa) says he is no stranger to being recognised for his craft, but this award is particularly special, coming from the iwi of his ancestral home.

“It’s always nice to have your work acknowledged, but it holds even more significance when you’re being recognised by your own people.”

“Clive has been an unwavering fixture at NZMACI for more than five decades, never hesitating to share his time and knowledge generously.

“He is a rangatira, a true leader and his students’ successes are testament to his commitment.”

A career in carving was not an immediate choice for Fugill, despite his early fascination with the art form.

“I have always been drawn to the beauty and storytelling in Māori carving, I would stare in awe at them on the marae, but I never thought I would one day create them.”

As a child, Fugill suffered – unknowingly – from poor eyesight, impacting his ability to learn at school. But he always had a natural way with his hands, and was often found by his parents carving pieces of firewood with his pocket knife. “It wasn’t until I started getting migraines that my parents realised I was near-sighted. The day I got my first pair of glasses, the whole world opened up to me. But by that point I already knew my talent was in art – it was then for me to decide which art pathway I wanted to take.

“By the end of school, I was tossing up studying archaeology or pursuing carving at NZMACI. Being so fair-skinned, we had to jump through a few hoops to prove my whakapapa, but on Christmas Eve 1966, I received my acceptance letter for the first intake of the carving school.”

In the 55 years that followed, Fugill has become a stalwart at NZMACI, teaching several generations of traditional Māori carvers, while also carving marae across the motu, and creating bespoke taonga for royalty, presidents and celebrities.

He has authored a book on traditional carving tools, illustrated with his own drawings, and is currently writing another book on the art of whakairo.

“For me, it’s so important we uphold the tikanga of the traditional art. While you may work within the parameters of tikanga, your vision and creativity is limitless.

“That’s what speaks to me and it is what NZMACI was established to do – passing on our Māori practices and ensuring we don’t lose that knowledge.”

Asked whether he has plans to retire, Fugill, 73, just laughs.

“Why would I retire when I love what I do. If I did retire, I would probably clean out my shed so I could do more carving in there.

“I’ve had an amazing career, I don’t have a single complaint. I’m in pretty good nick for 73 so I’m happy to keep doing this as long as they let me.”