Mask, scan and pass… Te Puia is open and welcoming visitors checking in with My Vaccine Pass. 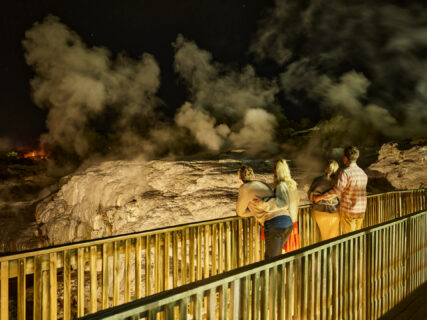