A bespoke, three-piece kūwaha carving, expertly crafted from the trunk of a 2500-year-old tōtara, has today been gifted to Gardens by the Bay in Singapore – making it the first Māori carving from NZMACI to leave Aotearoa shores since the COVID pandemic began.

The taonga, named Tāne Te Waiora, is particularly special, being the last significant piece to be created at the hands of NZMACI Tohunga Whakiro (Master Carver), James Rickard, before his retirement this month.

The kūwaha was gifted as part of Prime Minister Jacinda Ardern’s trade mission to Singapore and Japan.

It was carved by Mr Rickard, supported by Specialist Carver, Tommy Herbert, at NZMACI, on the grounds of Te Puia in Rotorua.

While Mr Rickard was unable to accompany the carving to its final resting place. Mr Herbert and a small contingent from Te Puia were part of the delegation there today to gift Tāne Te Waiora.

Mr Rickard says the kūwaha is a doorway to a house in Māori culture and, in this instance, is a metaphor for identity.

“We are welcoming people into our whare, our house, strengthening the ‘doorway’ to Aotearoa for Singaporean people by sharing narratives of people and place.

“Aotearoa and Singapore’s enduring and reciprocal relationship, and the history of Singapore as a long-standing trading post, are reflected in the pare (lintel), which connects the whakawae, as two tauihu (prow of a waka or sea vessel). At the centre of the pare is a wheku (carving of a face) depicting Hina, the personification of the moon.”

The carving’s name acknowledges Tāne as the personified form of sunlight and giver of life.

Mr Rickard says completing his final piece feels the same as all the special taonga he has contributed to or lead over the past 50 years.

“Every piece has a lot of thought and meaning go into its creation. My hope is that people take a moment to pause and contemplate what it means to them.” 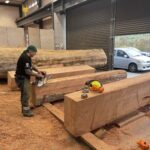 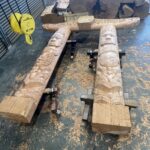 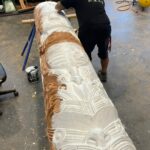 “This kūwaha highlights to our whānau and the world that while our borders may have been closed, NZMACI has continued with our mahi.

“The past two years we have spent imparting the knowledge of incredible master carvers like James Rickard to the next generation of artists and creating several significant pieces.”

Mr Kiel says NZMACI looks forward to showcasing Māori culture through its traditional art on the world stage once again.

“As the Prime Minister tells the world, Aotearoa is open for business. We too are ready, having spent the past two years reimagining our experience, ensuring it is authentic and meaningful for every manuhiri who walks through our gates.” Unveiling of the Kūwaha in Singapore 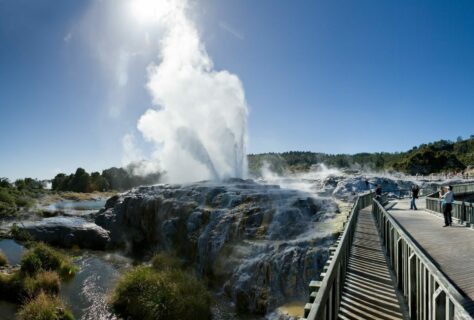